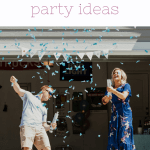 In case you missed it, we are having a BABY! And we just found out it is a sweet little BOY! To be honest, it is still totally surreal, but we are so, so excited! I started planning our gender reveal party a few weeks in advance and gathered supplies and goodies from a variety of places. I wanted to share details on everything we had at ours to give you all some helpful gender reveal party ideas, too!

We were initially planning to have everyone inside / outside & serve a bunch of brunch food since we hosted it in the mid-morning, but due to COVID, and wanting to be cautious, we kept it all outside and tried to allow everyone to stay distanced as much as possible, had hand sanitizer available, etc.

With that being said, we didn’t serve all of the brunch-y food we initially planned to, but I’ll still include what we were going to serve in case it’s helpful!

I did not have a specific “theme” for our party besides just “boy or girl”, the typical pink & blue stuff, etc. : )

I didn’t want to go too crazy or spend a ton of money on decorations, so this is what I got:

I hosted our gender reveal around 10:30 AM or “brunch” time, so I wanted to have some brunch-y foods. (Again, including the foods we were planning to serve if COVID didn’t exist!)

what we used to reveal the gender

My friend Shelby Ditch used these confetti poppers for her reveal and I believe she found them from Hunter Premo, so I knew they would be good! The confetti is also biodegradable which is ideal, so the neighbors can’t yell at me later. ; )

I gave the gender results to my cousin so she would know which confetti poppers for us to use. The ones we got look the same on the outside for boy and girl but come with instructions on how to tell them apart, so I had her order them too so I didn’t ruin it for myself, haha.

Since we wanted to order in advance and make sure we got them in plenty of time, we ordered 3 pink and 3 blue and planned to return whichever ones we didn’t end up using, just so we weren’t stressed about them not arriving in time. Which is good, because it looks like a lot of them are sold out now! Hopefully they restock soon.

We bought three of each so Ethan and I could both pop one for the reveal, and then use a third one for some photos afterward. We initially thought it would be fun to have our guests do the confetti at us or with us, but we also didn’t want to spend an extra $50+ haha, so we went the cheaper route and just got three! I still do think that would be fun though.

who took photos at our party

We had @kaitlinreneephoto take photos for us at our gender reveal! We have some mutual friends and that is how we found her! She does such a wonderful job and was such a pleasure to work with!!! Check her out on IG if you are interested! : )

I think that is all I have to share, but I hope this gives you all of the gender reveal party ideas if you are planning one in the near future! Let me know if I missed anything or if you have questions on anything else! We are so excited to be having a baby BOY!!!!! 🙂 🙂 🙂 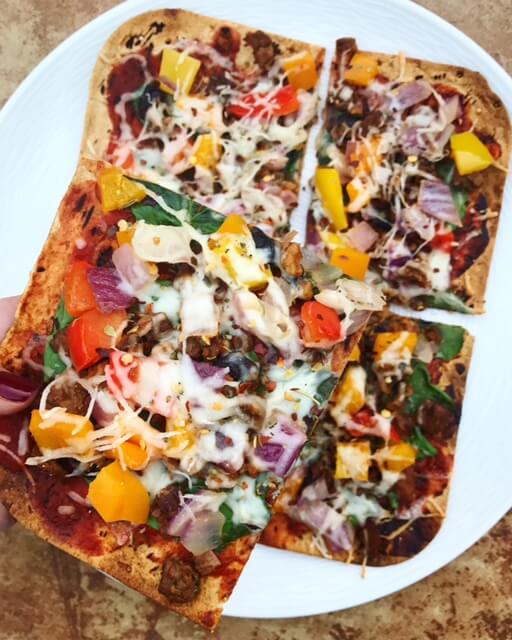 I cannot believe 2017 is already coming to a close. Since I was anticipating my wedding and busy with all the festivities for the first nine months of the year,… 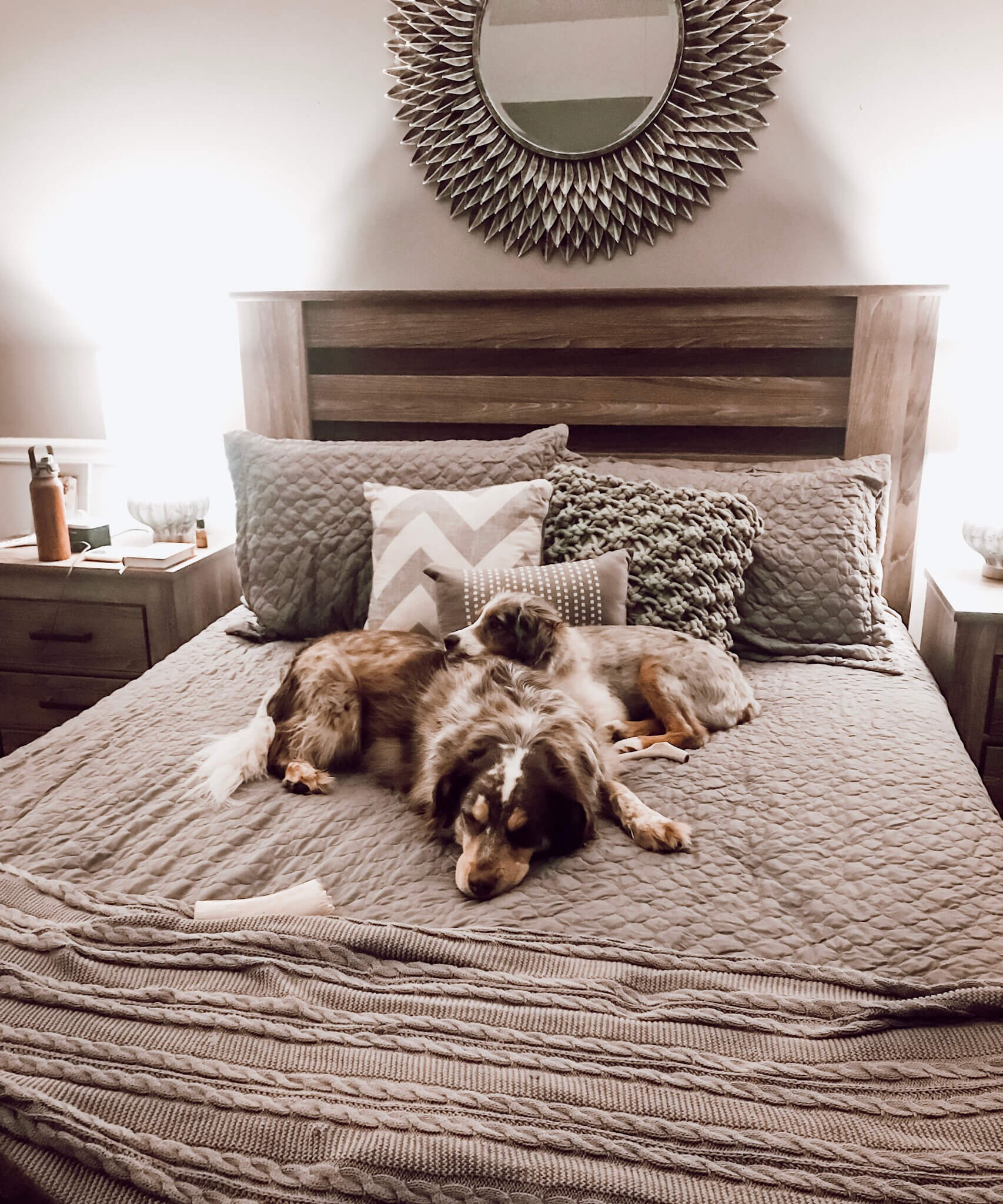 How is everyone doing now that we are officially back to reality? This will be my first full week of work since before Christmas, so I’m sure I will be… 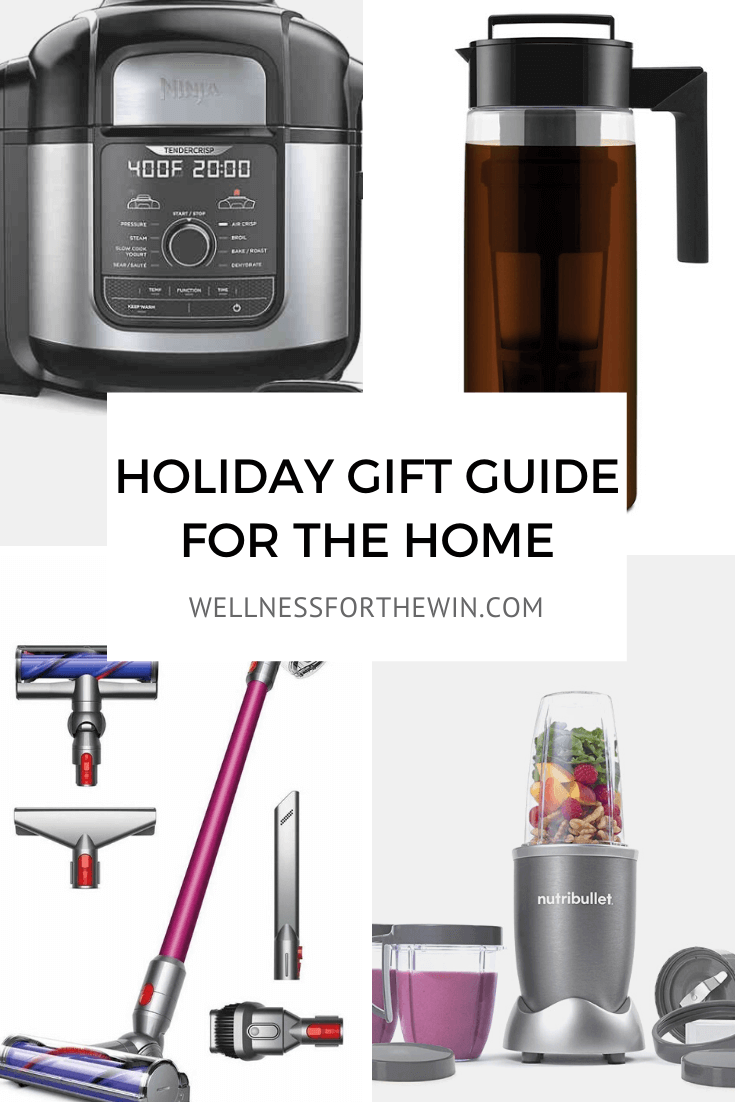 As you know, my husband and I are building a home, and it will be done *hopefully* around the beginning of February, which is SOON! Needless to say, I have… 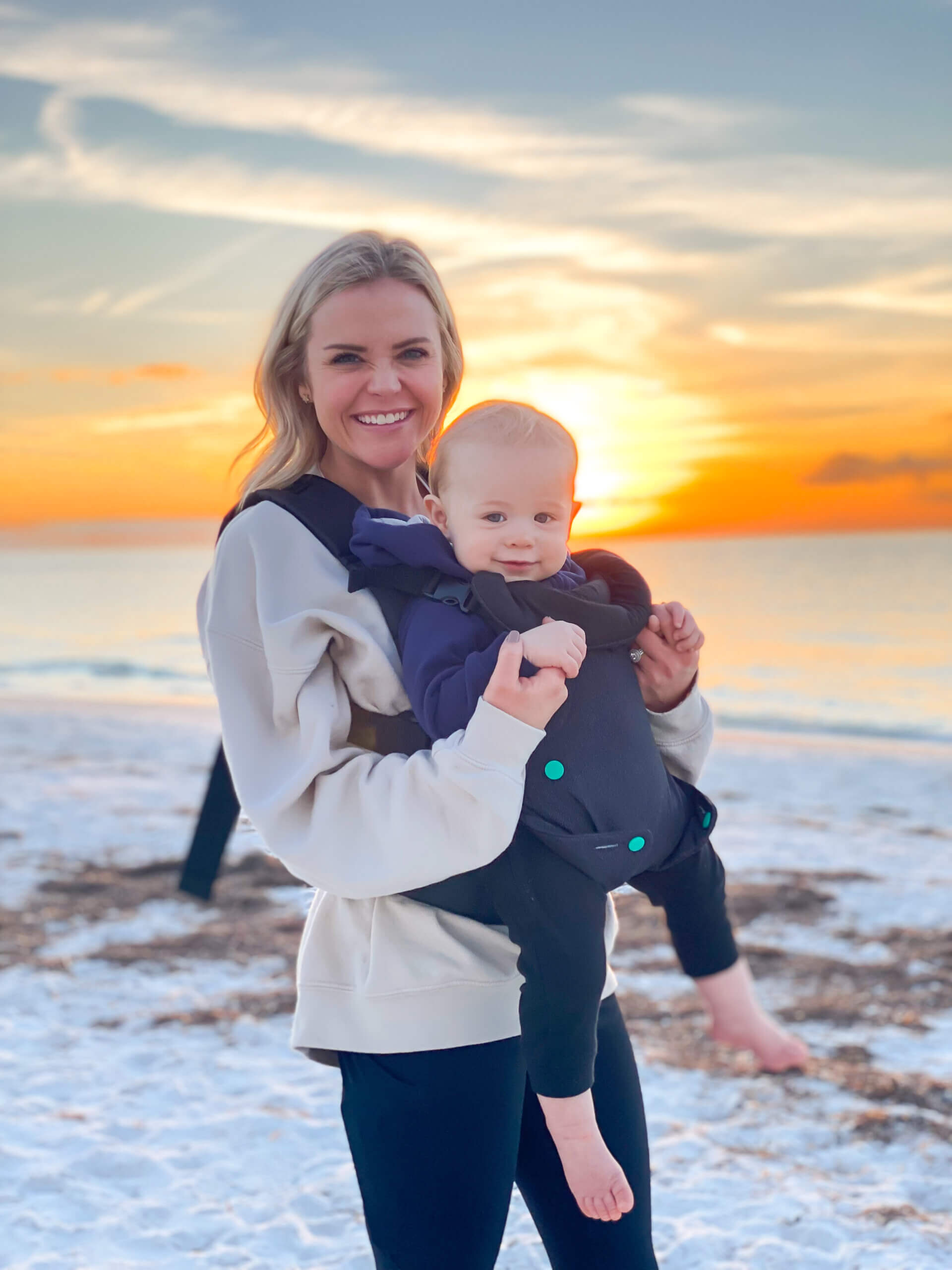 We recently took a little family vacation (our first one with just the three of us!) and had such an amazing time! We went to Florida the week after Thanksgiving… 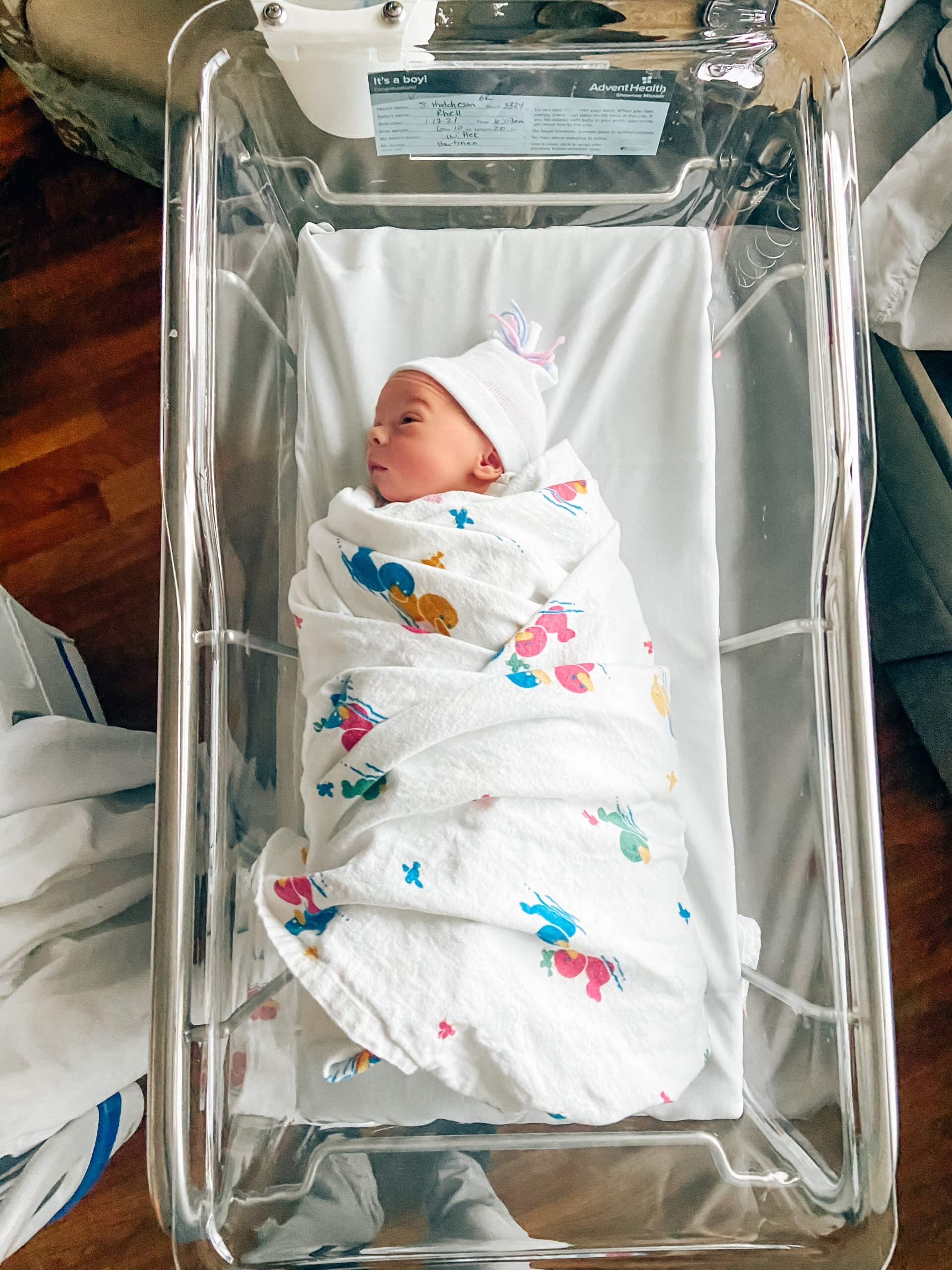 I have been so excited to sit down and write my birth story to share with you all. I am currently starting it while wearing my sweet new babe in… 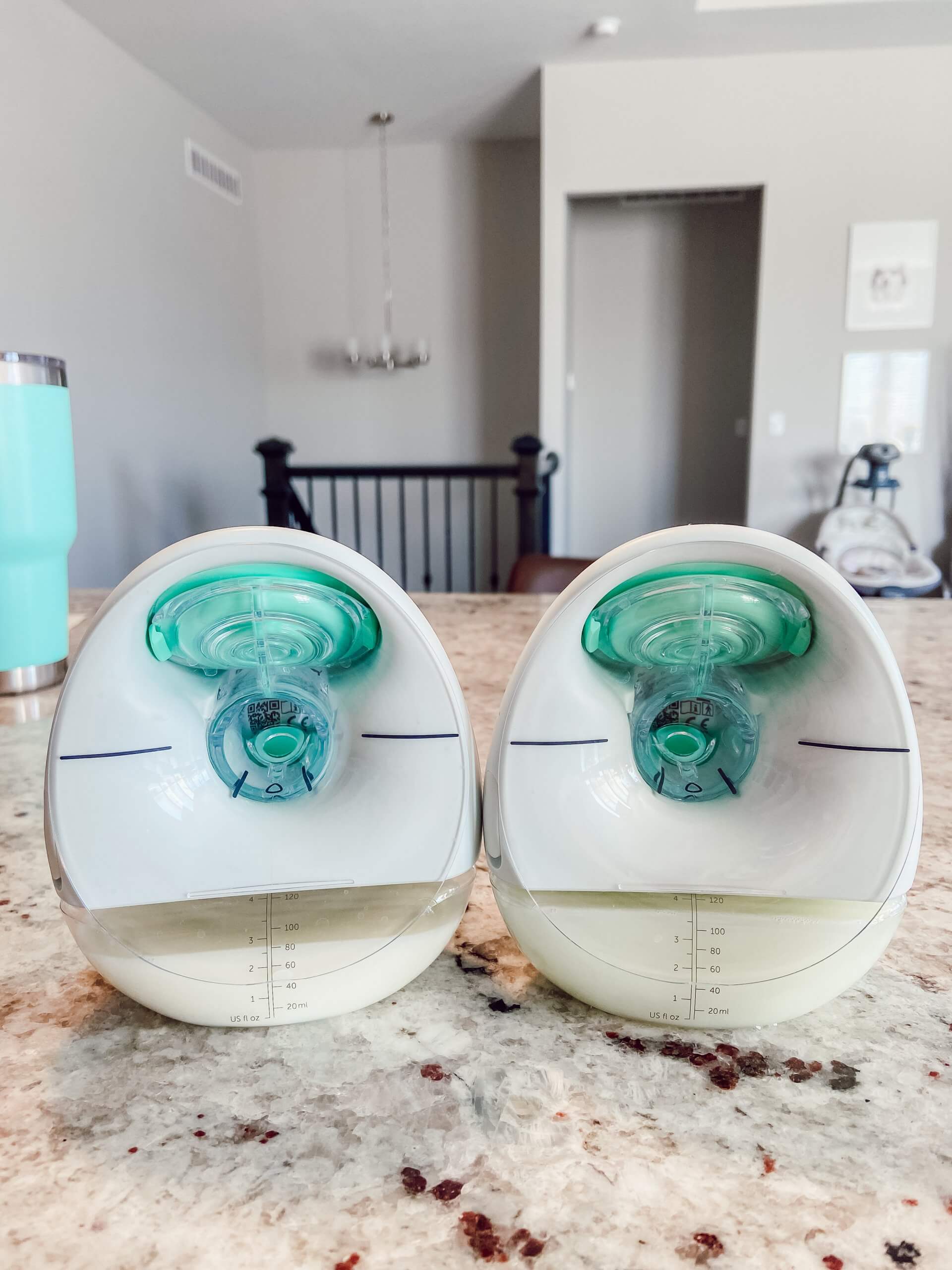 My Elvie Breast Pump Review and FAQs post is finally here! This is long overdue, but when you have a newborn and work full-time, it’s a little difficult to make…

I’m a wife, boy mama to Rhett, dog mom, Dietitian, soon-to-be podcaster and Kansas gal with a huge passion for wellness. Look around to find easy, delicious recipes, tips for making peace with food & your body, and all things mom life.

Learn more about me here.